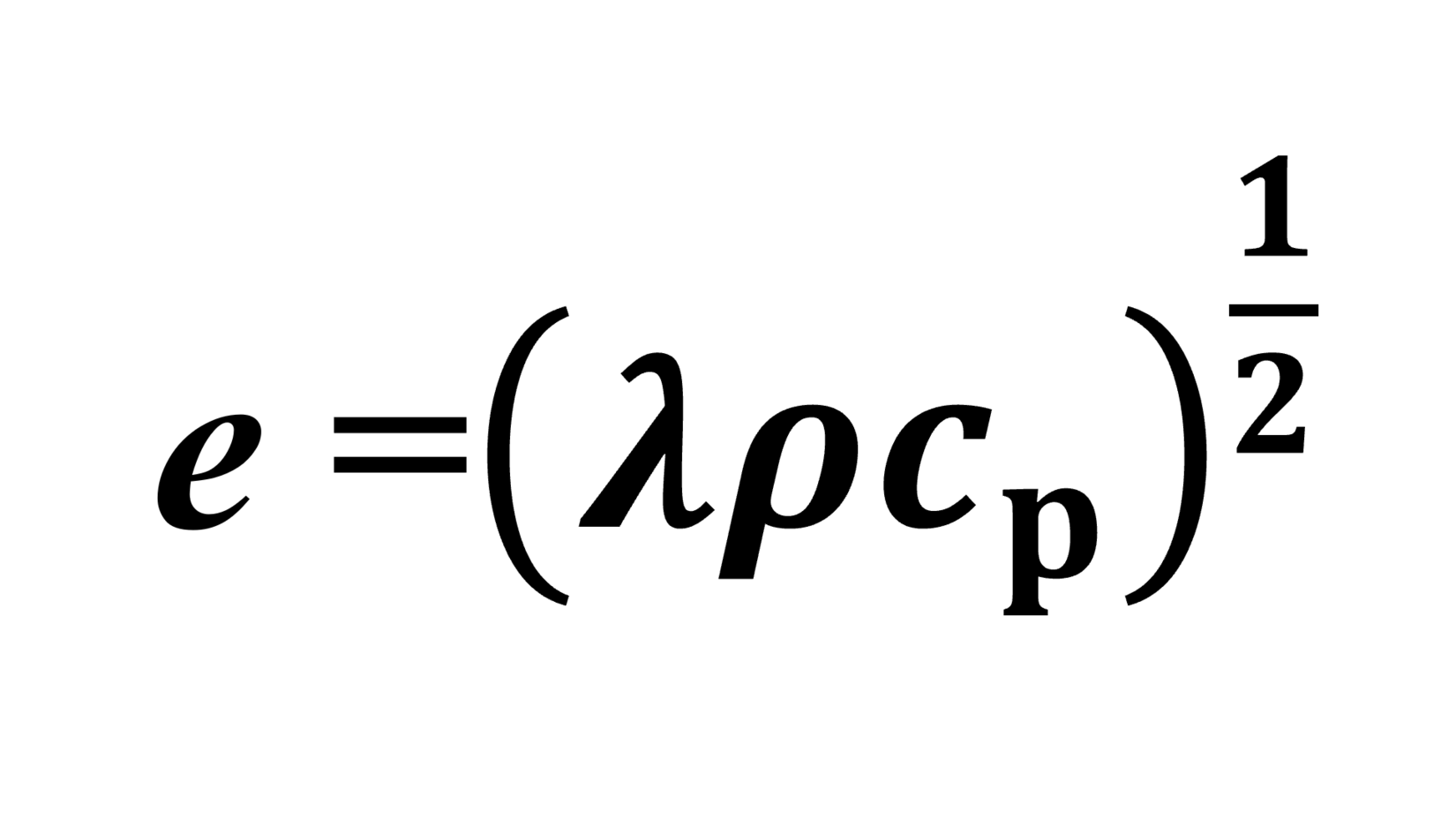 The conference programme will contain a similar Workshop to the one held in the previous conference. However, this time the subject will be a presentation and discussion of ONE specific technical item thermal effusivity measurement and not an all-encompassing subject like reference materials

In simple terms the quantity looks like and sounds like a thermal transport property such as thermal conductivity and diffusivity but on further examination it is discovered to be a more complex. As a result, the quantity has become a most contentious technical issue due to the failure of at least nine drafts of an ASTM E-37 Committee proposed Test Method Standard.

Unlike thermal conductivity and diffusivity, there is NO accepted IUPAC definition for the term. In 2004 a proposed, unsupported claim for a definition appeared in the on-line encyclopedia Wikipedia: thermal effusivity (e), a measure of the ability of a material to exchange thermal energywith its surroundings,with a descriptive explanation involving bulk properties as follows:  thermal effusivity is related to thermal conductivity (λ), specific heat capacity, (cp), thermal diffusivity (α) and density (ρ)by the

However, in its history the expression has been given at least nine synonymous descriptive titles ranging from thermal inertia to thermal activity The effusivity term now appears to be in favour generally and is the one included the draft standard.

As defined, the material is a homogeneous semi-infinite body in a single thermodynamic phase such that thermal energy is transported by conduction modes only, thus disregarding effects of external parameters such as areal size, thickness, and environmental conditions. It does occur in recognized textbooks and publications in discussions of solutions devoted to the theoretical approach and modelling relating to the complex subject of energy transfer involving such bodies in contact. However, these indicate it is relevant only at the surface and for extremely short times. There is no indication that the term is accepted as a defined bulk transport property or any indication that proposed test method is then an applicable quantifier.

From the numerous transient techniques available the most accepted method for measurement of thermal conductivity and diffusivity has been the validated contact plane source(TPS). However, more recently this appears to have been replaced by the currently invalidated version (MTPS) that is based on one modification of the basic method. The major difference concerns change of position of the heat source-temperature probe, from burial within the material to just contacting the material surface such that symmetric heat flow now becomes asymmetric.

The MTPSwas first introduced to the ITCC audience in a paper by Dr. Nancy Mathis presented in about 2000 that indicated it was a patented comparative method to measure thermal conductivity of materials in a range of six orders of magnitude. By 2006, without explanation, this became a method to measure thermal effusivity for the same range of property. It was then developed further to become an automated measurement system provided by one commercial source C-THERM.

In the period 2013-15 the ASTM E committees, E-37 for Thermal Measurements established a working group WK-43689 tasked to develop a standard test method, based solely on this MTPS commercial measurement system, to measure the thermal effusivity of materials. The Scope does contain a clause indicating the measured thermal effusivity cannot be used to derive  thermal conductivity values but this is often ignored such that the method is claimed to have been be used to measure the conductivity

In the past eight years, in accordance with ASTM procedures nine unsuccessful ballots have been undertaken on successive drafts. Each draft has been rejected due to increasing numbers of different technical negatives plus the lack of affirmatives. As required by ASTM rules, many attempts for resolution of each and all each have failed. Currently the subject is at an impasse with NO apparent resolution.

In summary, this information indicates that the belief in the validity of both the quantity thermal effusivity and the use of the invalidated new modified version MTPS method one fixed commercial form for acceptable measurement are highly questionable particularly in the context of being the subject of an international standard. There are many competing terms coined to describe the concept across different fields, plus numerous uncertainties in its understanding. It is not universally applicable to all materials and systems since any real impact is present only at material surfaces and for very short time.

The ITCC has arranged this Workshop in the form of a special virtual session in which knowledgeable individuals from academia, the manufacturer, ASTM management and members committee of E-37 who are involved in the subject will present factual details on specific issues that support or question the existence and use of the quantity thermal effusivity.for discussion and evaluation by the attendees at the conference. The intention is for the information to be fully discussed and evaluated by the conference attendees in toto with the hope that this will stimulate either a different or new approach to resolve the current impasse or an agreement to abandon further work on the subject.